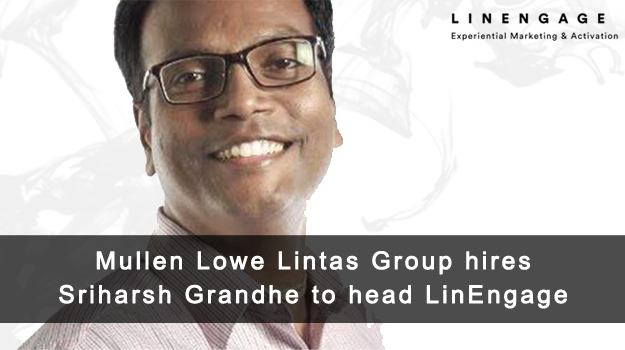 Prior to joining LinEngage, Harsh was with the WPP firm, POSSIBLE Worldwide Singapore as the Engagement Director. At POSSIBLE, Harsh was managing the global rollout of Standard Chartered’s Responsive Website, a first in the Banking domain across 55 countries in APAC, EMEA & Americas. Prior to POSSIBLE, Harsh was an AVP & Practice Head at Wipro where he was responsible for rolling out Marketing as a Process for several global businesses from Europe, US & Australia.

Harsh began his career with Tata Infomedia about two decades ago and has navigated an illustrious journey spanning Advertising, Consumer Engagement, Publishing & Retail. Harsh is an experienced professional across the marketing continuum with a pronounced focus on digital and activation. Throughout his professional journey, he has driven various marketing programs for Standard Chartered, P&G, J&J, a global major in Big Data & Cloud Computing, Large Australian Telco, a Financial Services Major in US and more such global businesses across the markets of US, APAC and Europe.

Speaking of his appointment, Vikas Mehta said, “Our ambition for LinEngage is to make consumer engagement an essential part of a brand’s narrative. A lot more innovation is possible in the area of creating meaningful consumer experiences. Under Harsh’s leadership, we are keen to make strides in strengthening this practice in an industry that’s largely driven by tactical activations.”

LinEngage offers specialist brand engagement expertise to a host of clients in India. Apart from its focus on the urban pockets, LinEngage boasts of a bespoke rural offering – LinTerland. The motive is to help clients capitalize on the consumer-engagement opportunities in heartland India. Both the urban and rural offerings of LinEngage have been growing steadily over the past few months with host of new business wins. Notable clients include Johnson & Johnson, Franke Faber, Bayer, UltraTech, Castrol, ICICI Prudential and Byju’s  to name a few. Harsh’s remit will be to evangelise the experiential marketing practice for the group and further expand the portfolio.

Commenting on his role at LinEngage, Harsh said, “The strong lineage of Mullen Lowe Lintas Group is no secret. India is at an exciting phase of development and the agency is experiencing both momentum and growth. LinEngage is in a sweet spot right now with only one direction to go – upwards”

Harsh has been the recipient of awards at DMA for world-class marketing & activation programs for brands like Visa, Madura Garments etc. A familiar face in advertising he has also worked in agencies such as iContract, Rediffusion Y&R and JWT.