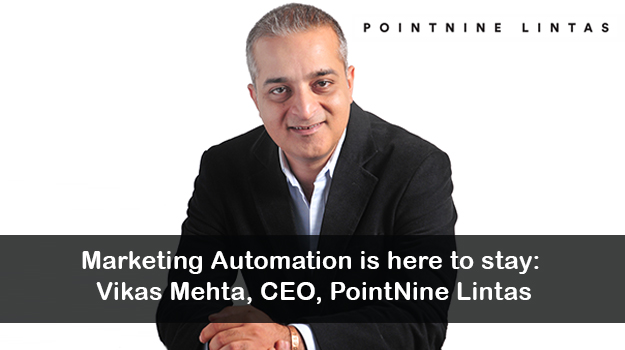 For Vikas Mehta, CEO, PointNine Lintas, the trio of demonetisation, GST implementation and RERA impacted the advertising industry in a major way during the year. He also adds that 2017 has been a challenging year for most in the industry.

More than the advertising sector, it was the developments in the Indian economy that impacted our business. The trio of demonetisation, GST implementation and Real Estate Regulatory Act, 2016 – RERA (to some extent), collectively kept the business environment reasonably chaotic.

Closer to our industry, the chatter around AI is growing. While these are still early days of machine learning use-cases impacting the ad business, its impact will be lasting and profound over the next 3-5 years. Same with the focus shifting from ‘ad-tech’ to ‘mar-tech’. Marketing automation is here to stay and significant progress was made in this direction this year with new platforms and new companies emerging as players of the future.

The year 2017 also saw further blurring of lines between marketing disciplines. The output of agencies donning hats like creative, media, digital, PR, activation, etc., is seeing greater overlap by the day. Unlike the economic factors I mentioned earlier, this one is chaos of a good kind.

The economic climate has precipitated a focus on ‘short-term’ as the priority for many industries. It has influenced the ad sector to put greater focus on measuring campaign impact. More CMOs are faced more often with the CFO question ‘what did your marketing dollars achieve last quarter?’ There’s greater emphasis on accountability from agencies as well. It’s led to more money being committed to performance marketing and a little less of generic brand building. Not a great trade-off, because these need to be pursued simultaneously and not versus each other.

2017 has been a challenging year for most in the industry. While the marketing dollars have grown, agency compensations have not kept up. The fragmentation of agency services is further putting pressure on agency bottom lines. With revenues stagnant and costs rising; investments in talent, technology and training are under pressure. Unless we reinvent the agency model for today’s reality, and soon, things could get a lot tougher. In the long term, this pressure is a welcome wake up call, forcing the industry to make changes that are long overdue.

The article was first published in adgully.com