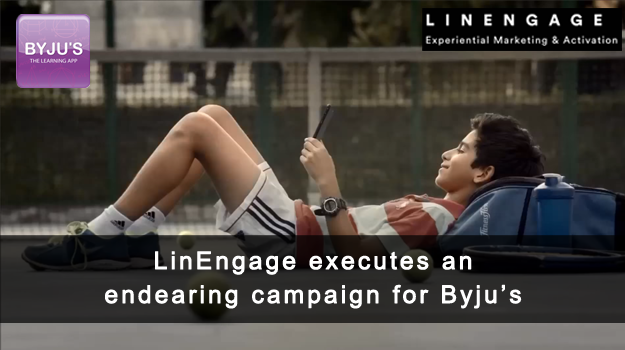 When it comes to learning, a common peeve observed among students is their inability to cope with complex elements or problems while studying a certain subject. In fact, the peeve could be as ordinary as cracking a simple formula or as rigid as solving a complex equation but their inability to grasp solutions at the initial stages often results in students losing interest and moving away from falling in love with the concerned subject.

But thanks to Byju’s approach to learning, complexity could well be a thing of the past for the student community. In fact instead of reproach and regret, they would end up falling in love with the various theories and concepts.

To promote its mobile app for students, Byju’s has unveiled a new campaign that speaks of the love for studies by the student community. Conceptualised by LinEngage, the experiential marketing & activation division of Mullen Lowe Lintas Group, the campaign speaks of the fondness by the young TG for their respective subjects.

Speaking of the campaign, Pravin Prakash, Vice President – Marketing, Byju’s said: “Despite their hard-work and aggressive approach towards studies, students often find it difficult to grasp certain theories and equations. The effort at Byju’s is to simplify the learning experience and make it a simple affair for them. The USP of the brand is that it does not teach, but makes the students understand by bringing the concepts to life so that the kids get addicted to learning. This helps them gain conceptual clarity thereby making them love their subject.”

The objective of the campaign is to create strong brand recognition and differentiate from competition on Byju’s core principle of making children enjoy while learning. Some of the features that make learning at Byju’s unique is that it allows students to learn and understand Maths & Science in a better way through high quality video lectures created by India’s best teachers –the concepts are explained & presented in a unique way. Also, the app enables one-on-one interaction (personal guide) and is adaptive and gives instant feedback to the student.

Sharing the creative thought process behind the campaign, Amar Singh, Executive Creative Director said, “We were blown away by the simplicity with which Byju’s could transform complex problems into simple ones. The task was to communicate that message to the young TG comprising students and what better way than getting the students themselves to express their love for the subjects they adore. All this was possible due to the Learning App from Byju’s that helps demystify content and urges students to have fun while they learn.”

The campaign is currently on air and would be promoted visibly on essential mediums like digital, radio, etc.